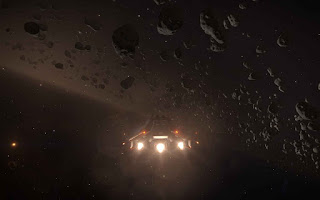 Hello again. CMDR Maya Ulniian here.  Silent running in a ship that uses lasers extensively is not terribly effective. I had the opportunity to test it out for a short time in my latest visit to the RES. My shields had been wiped out in a combat against a python when a Federal Drop Ship dropped in. Ducking and weaving seemed to avoid most damage long enough for me to finish off the python but once I turned on the FDS my ship was unfortunately directly in the line of fire.  With shields gone anyway there was little lost in activating silent running mode.  I am not sure if it helped to avoid incoming fire initially, since we were basically head on to each other but I feel it broke his tracking once I got around to his flanks. As soon as I opened fire myself however I rapidly overheated. An all multicannon loadout would probably have fewer issues.

Somewhere along the line I managed to pick up a wanted flag so I eventually had to run when a couple of police ships joined in. The FDS was almost dead before I made the jump.  That was basically the end for this session as I docked up, repaired and waited out the bounty timer before returning to LTT 15574 and Haxel Port ready for next time. 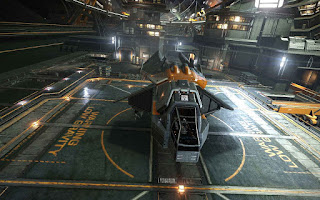 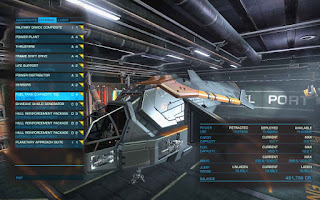 I have sold off the Viper and re-invested the surplus back into the DBS. I now have a “golden” A-rated ship  that flies pretty nicely! With the weekend ahead of me I can look forward to finishing off with this ship and probably switching to a Vulture.

A quick look at my statistics says I’ve amassed 284 confirmed kills at an average of a bit over 28,600 credits per bounty. Smaller ships are just a lot easier to kill!