Hello again. CMDR Maya Ulniian here. I spent the last session alternately flying the Viper and the Diamondback Scout. There is little to pick between them as a RES grinding ship.  The DBS’s weaker shields are more than compensated by higher armour and better agility. Both ships are fast enough in raw speed and boost that they can run from most enemies.  Weapon loadout is the same on either ship, being 2 small and 2 medium hard points. The larger powerplant of the DBS allows for more flexibility but both ships are capable of running all-laser configurations without too much heat trouble. 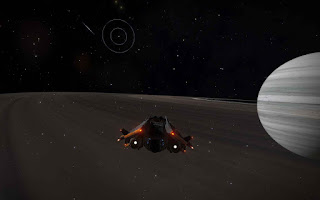 One thing I did note with either ship is that gimballed pulse lasers seem to do more damage to subsystems than gimballed beams. I had less luck with multicannons but also flew fewer sorties with them active. My half-baked theory on pulse being better than beam is that each shot has a chance to penetrate armour into the module below. The beam laser’s continuous fire is treated as only one shot but the pulse laser gets half a dozen shots in over a similar time period. Burst lasers generate lots more heat than pulse, so I haven’t been flying with them. 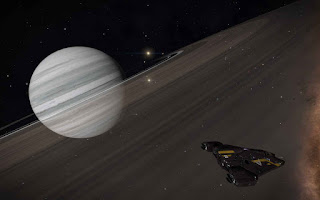 Since I am still a pretty poor marksman I’ve not really tried rail guns or plasma accelerators.  They generate high heat so are more likely suited on the DBS than the viper. Missiles and cannons/frag cannons I passed over due to ammo limits.

One interesting thing I saw when checking out GalNet articles for the DBS was a commander who flew with no shield, maximum armour and 4 multicannons. He made use of the DBS’s excellent heat management to fly in silent running mode, which makes the ship extremely hard to target. I am not sure that this is a viable configuration for RES hunting but repairs are relatively cheap so I may try it out.