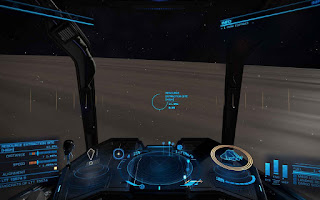 Hello again. CMDR Maya Ulniian here. So much for plans!  On a whim, I picked up a shiny new Diamondback Scout after watching some online combat footage. I had only a little over 2 million in cash so plenty of compromises had to be made. My original fit was something like this:

That configuration is a joy to fly. The shield is pretty weak but with very high agility and weapons that fire almost continuously it barely mattered. The existing Viper with mostly A-rated modules should outclass this midrange DBS but I was having so much fun I didn’t care! I ended my first run of bounty hunting with just under 1 million in bounties and barely 5% hull damage.

Four pulse lasers, backed by the A rated distributor and 3 or 4 pips in weapons are capable of almost continuous fire.  I feel that the larger powerplant manages heat a lot better even though it’s only C class. Speed, boost, total shield and armour are fairly similar but the agility of the DBS at 8/10 is amongst the best available.

Posted by Cryptography at 9:53 PM