My three highest Horde characters have recently been working on their Ravasaur mounts. Here is a selection of screenshots.

First, Cryptography, a rogue, is considering a career change to hunter. 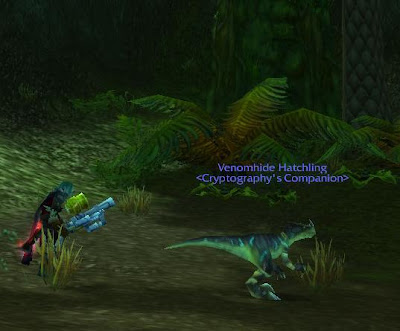 My Ravasaur pet was about 16 at the time. He grows a little more! 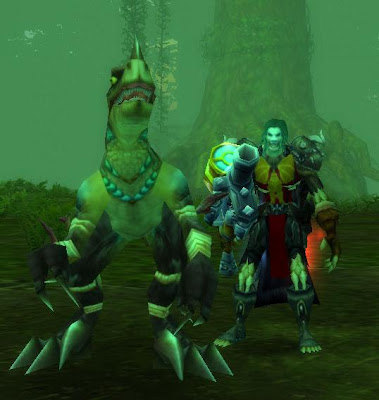 That shot was taken just before handing in the final quest. He's now a mount as shown below. My friend Nybor is there as well with her very young hatchling for comparison. 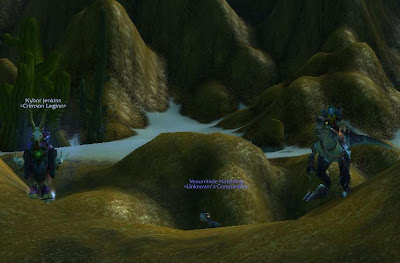 Kytlin is an orc hunter. She came across a heart-rending scene in Ungoro: 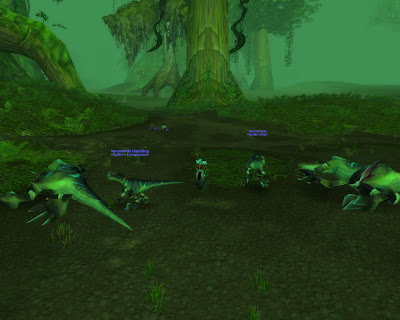 Two orphaned Ravasaurs standing by the corpses of their parents crying piteously. Bite marks on the adults probably came from one of the giant T-rexes that patrol the crater. Kytlin enticed the twin ravasaurs with tidbits of food then took them to Tanaris for a proper feed. 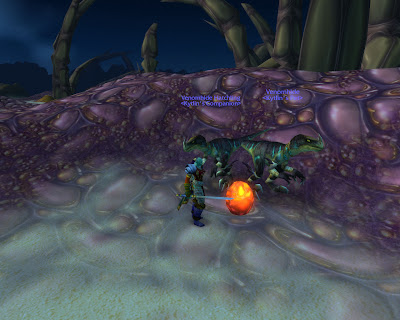 Bug Eggs are great for the growing Dino! They also wanted slabs of dinosaur flesh and crunchy bits from the silithids in Un'goro. They even wanted to dress up like the adult raptors and demanded feathers from the biggest birds in the area, Tanaris Searing Rocs. Some time later, they traveled to the goblin city of Gadgetzan. 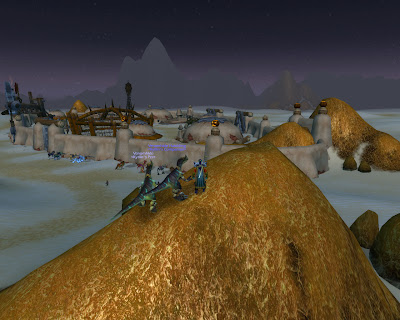 Cryptoknight, an undead Deathknight also has a ravasaur pet but he's camera shy. All ravasaurs are now on day 20 and can be handed in for the mount training. A 20-day grind for each but well worth it. I just wish we could keep the pet as well as the mount!
Posted by Cryptography at 1:07 PM